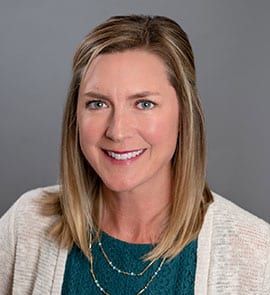 Tracy Steele, a graduate of the University of Vermont School of Nursing and winner of the Clinical Excellence Award, invested years as a Neonatal ICU and Pediatric Diabetes Nurse until embracing the life as a military spouse, moving throughout the U.S. and most recently, Okinawa, Japan. As a military spouse, Tracy has devoted herself to volunteering with nonprofit organizations, holding positions in advisory and leadership roles, including the President of the American Welfare & Works Association, a nonprofit which supports the local community in Okinawa through charitable grant giving. Her extensive involvement in volunteer programs earned her the Presidential Volunteer Service Award for the past two years and she was named the Marine Corps Air Station Futenma Armed Forces Insurance Military Spouse of the Year 2020.

Throughout her nonprofit and grant management experience, Tracy has developed the skill of articulating an organization’s strengths, helping to effectively portray its mission and generate interest. Her strength is helping Film2Future continue to grow and expand its partnerships. Applying this same skill, Tracy is working alongside our students and alumni, helping them capture their acquired skills on a professional resume and in turn, gain the confidence to land paid employment through internships and as Production Assistants in the entertainment industry.