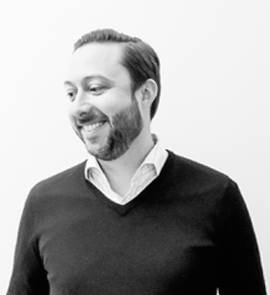 As Managing Director at Steelhead, the production company of advertising agency Deutsch, Ted Markovic leads a team of 30 editors, mixers, designers, producers, VFX artists and animators. Throughout his career at Deutsch, he’s produced everything from multi-million dollar campaigns to simple social media content for Fortune 500 brands including Volkswagen, Sprint, Pizza Hut, Taco Bell, Angel Soft, Target, Uber, among many others.

Prior to Deutsch, Markovic founded Covalent Productions and served as Co-Founder, Partner, and CMO of The Molecule, a bi-coastal post production company in NY and LA. While at The Molecule, he oversaw the VFX production on TV shows such as “Blue Bloods”, HBO’s “The Night of”, and films like Lee Daniels’ “The Butler” and Oscar-nominated “Beasts of the Southern Wild”. Markovic graduated with a BA in Commercial and Advertising Art from Seton Hall University and also served on the Peer Group Executive Committee of The Academy Of Television Arts & Sciences and as an Adjunct Professor teaching 3D and CG Animation.

As the managing director for Steelhead, he’s also responsible for the construction of the new 48,000 square foot facility that houses industry-leading equipment and a 7,000 square foot sound stage.