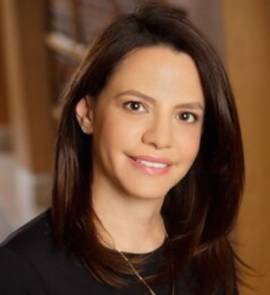 Tara Kole is a partner at Gang, Tyre, Ramer & Brown. She focuses her practice on entertainment law, representing established film and television directors, writers, actors, and producers in their entertainment transactions.

In 2009, Tara was featured in The Hollywood Reporter as part of their Next Generation issue, and Variety has featured her twice, first as part of their “Dealmakers Up Next” report in 2009, and again in 2012 as part of their “Dealmakers Impact Report” issue. She has also been featured in The New York Times. Tara is a professor at the USC Gould School of Law, where she has been involved as a speaker on their Entertainment Law Symposium, and she is a member of the Board of Directors of Women In Film. Prior to attending law school, she was an acquisitions executive at Lionsgate Films, where she also started their new media division.