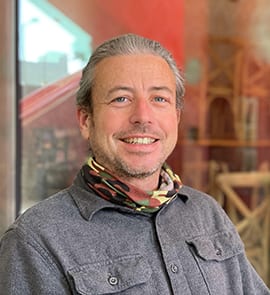 Simon Rust Lamb is an entertainment industry veteran with 20 years of experience discovering, developing, and amplifying artists, creative experiences, and brands. He is the current COO and General Counsel of leading Livestream studio Bulldog DM. As the former COO and General Counsel of Insomniac, Simon managed Electric Daisy Carnival, which drew 400,000 people to Las Vegas in 2015, Nocturnal Wonderland, and many other brands. While there, he was the Executive Producer of the EDC documentary film Under the Electric Sky, which premiered at Sundance and sold to Focus Films. Prior to Insomniac, Simon had a solo law practice focusing on protecting and monetizing intellectual property assets. As a lawyer and now with his consulting practice, Simon provides creative and strategic business to clients across the media spectrum, including the LA Podcast Festival. Additionally, Simon is an avid entertainment business observer and critic, having written numerous articles on the arts and media for Billboard, Pollstar, LA Weekly, Surface, etc. He graduated magna cum laude from Southwestern Law School and earned his Bachelor’s at Occidental College.