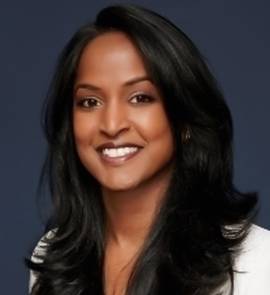 Samata Narra is currently the Senior Vice President of Comedy Programming and Development at FOX where she is responsible for helping launch new live action and animated half-hour comedy series for the network. She was instrumental in the development and launch of critically acclaimed The Last Man on Earth starring Emmy Nominated Will Forte. She also handles day to day creative on Emmy Award winner Bob’s Burgers. During her career at Fox she developed Golden Globe winner Brooklyn Nine-Nine, Golden Globe and Emmy-nominated New Girl, and The Mindy Project. She started at Fox in 2011 as Director of Comedy Development.

Prior to FOX, Samata spent over seven years as a literary manager at Fineman Entertainment where she represented writers and directors in both television and features including Dick Donnor (Lethal Weapon, The Goonies), Phillip Noyce (Quite American), Jack Bernstein (Ace Ventura Pet Detective), Steve Herek (Mr. Holland’s Opus), and Neal Israel (Police Academy). Through Fineman Entertainment’s producing deal at Fox Television Studios, Samata developed the series Lights Out for FX. This is also where she began executive producing Meet the Patels, a romantic comedy documentary and festival favorite, which was released in September 2015.

Samata started her career at the William Morris Agency working for CEO Norman Brokaw after graduating from Boston University’s School of Management. She serves as a board member of Colour Entertainment Groups, which brings together diverse executives throughout the entertainment industry.