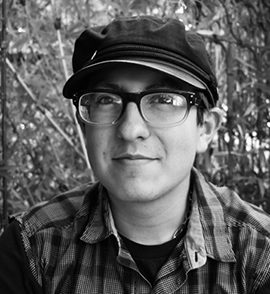 Owen Galicia is a Guatemalan/Spanish/Polish writer, producer, and director from North Hollywood, CA, whose family roots and rich culture inspire his style and passion for writing and filmmaking.

While attending Film2Future in 2020, Mr. Galicia produced, organized, and oversaw the art department for the student short film, One Son. His time working and learning under industry professionals, producers, writers, and other fellow filmmakers provided Owen with the tools and knowledge to continue moving forward in his professional career.

As part of his work with Film2Future, Mr. Galicia interned with the Imagine Entertainment (Ron Howard & Brian Grazer’s company) team inside the writing rooms, working alongside industry professionals from all over the world. Throughout 2020 – 2021, Mr. Galicia wrote, directed, and produced two additional short films (Journey and The Way Back Where), which screened at multiple film festivals.

Mr. Galicia is currently pitching a full-length feature coming-of-age screenplay and will begin work on an action/comedy web series. He’s also thrilled to return to Film2Future in 2022 as a Student Ambassador, helping connect new students to the organization which has provided him many opportunities to grow as a filmmaker.

Click here to read an interview we did with Owen and watch The Way Back Where.