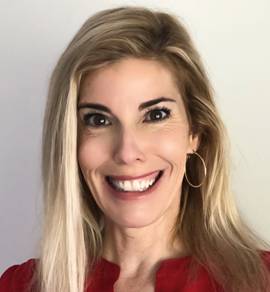 Kelly Slattery, a native Canadian and songwriter by trade, made an interesting career progression from writing music for such companies as Lionsgate, CBS and Disney, to writing screenplays and producing films for some of the same studios before stepping into her true passion, philanthropy.

Kelly got her philanthropy start as Director of Advancement at Venice Arts and is incredibly excited to join Film2Future as the Executive Director.  She is passionate about Film2Future’s professional level-programs, and the promise and future it truly brings to Los Angeles’ underrepresented youth. She’s also looking forward to cultivating and discovering partnerships for the organization and expanding F2F’s high-impact programs to reach even more disenfranchised students.

In the entertainment space, Kelly’s first film was Down for Life, which premiered at the Toronto Film Festival. Subsequent films, such as House of the Rising Sun and Cougars Inc., were Lionsgate releases followed by Hijacked and Breaking Wind, released by Anchor Bay. Kelly was a founding partner of Therapy Content, the production company for Dave Grohl’s Sound City and Sonic Highways, where she developed and sold television projects, including selling her biographical TV comedy co-created with Lee Aronsohn (co-creator of Two and a Half Men) to ABC. She has also worked as a consultant in film and TV, developing, packaging and setting up projects at various studios.