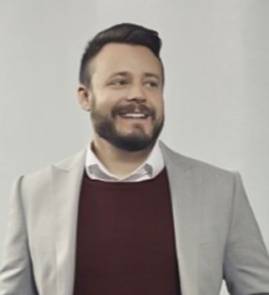 Ari Lubet is a literary manager and producer at 3 Arts Entertainment. Named to THR’s 35 Under 35 list for 2018, Ari executive produced the Netflix original series AMERICAN VANDAL, which won a 2018 Peabody Award and received nominations for the 2017 Critics’ Choice Awards, WGA Awards, and most recently, the 2018 Emmys for Outstanding Writing in a Limited Series. Ari is also producing series in development at Apple, Sony Television, and Blumhouse. On the feature side, Ari produced client Minhal Baig’s film HALA along with Overbrook Entertainment, which was one of Endeavor Content’s first feature films. HALA was accepted to Sundance 2019 and was Apple’s first ever acquisition.

Ari represents a wide array of talented creators – Tony Yacenda (AMERICAN VANDAL), Brandon Dermer (WHAT WOULD DIPLO DO?), and Andy Sipes & Matt Mariska (DALLAS & ROBO) – who have all created and directed critically acclaimed television series. Additionally, Ari represents filmmakers Minhal Baig (HALA), Nosipho Dumisa (NUMBER 37) and Crazy Pictures (THE UNTHINKABLE), who all have feature films that made a splash in the 2018-2019 festival circuit. In comics, Ari represents Gail Simone (one of the most recognized female comic creators) as well as Tim Seeley, Ales Kot, and Andrew Aydin. Andrew created MARCH, the graphic novel that chronicles the life of Congressman John Lewis, which won the 2016 National Book Award.

Ari is a board member of the non-profit Film2Future, who is promoting change by giving under-served youth access to education and employment opportunities. Film2Future inspires and empower diversity in a new generation of filmmakers through traditional and emerging technologies.