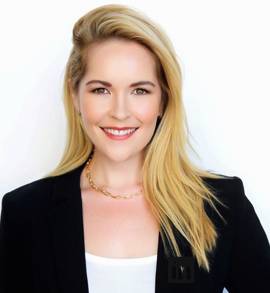 Annie Lee is a partner at Gang, Tyre, Ramer, Brown & Passman. She represents emerging and established actors, writers, directors, producers, influencers and multi-hyphenates in their film and television deals, as well as branding and endorsement opportunities.  With a background in corporate and financial transactions, she also structures “empire building” business ventures for clients to form companies and obtain ownership stakes through partnerships outside of the traditional licensing model.

Annie grew up in Los Angeles. She graduated Phi Beta Kappa from UC Berkeley with a B.A. in English Literature, and holds a J.D. degree from UC Berkeley Law School, where she was an editor of the law review.  She then returned to Southern California to clerk for Judge Sandra Ikuta in the Ninth Circuit U.S. Court of Appeals.  Thereafter, she worked as an attorney at the Downtown LA law firm Munger, Tolles & Olson, specializing in mergers and acquisitions of companies, before finally merging career and a lifelong love for all things film and television by joining her current firm.

In 2019, The Hollywood Reporter named Annie one of “Hollywood’s 35 Rising Executives Under 35” in their Next Gen issue.