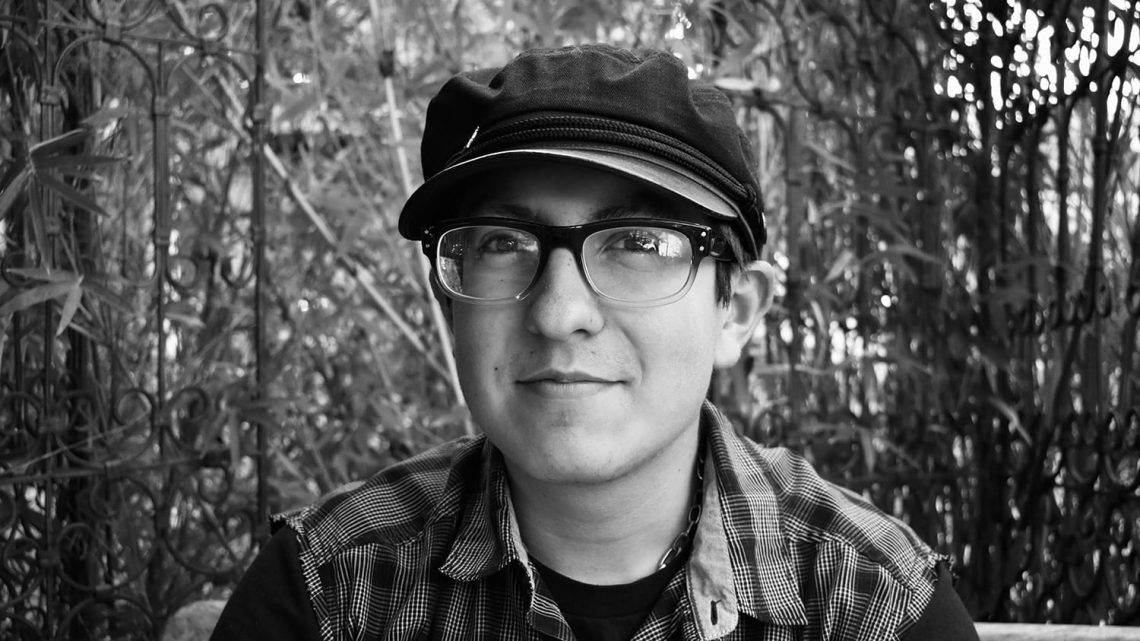 Catching up with Film2Future Alumni Owen Galicia as he completes a personal project created after attending our 2020 program.

Film2Future Alumni Owen Galicia joined our intensive three-week narrative filmmaking program in the summer of 2020, learning proper techniques of cinematography and screenwriting, as well as writing, production, and editing. While attending Film2Future, Owen served as producer and the art department for the short film, One Son, which you can watch below.

Before joining our program, Owen founded Galicia Productions during his freshman year of high school to explore his passion and love of cinema. “I knew I wanted to pursue film at the time but didn’t know where to begin since my school didn’t have any film clubs or programs you could join,” Owen shared about his motivation to start his production company. Since its launch, Owen has produced and directed two short films for Galicia Productions, “True Debt” and “Journey.” We are thrilled to share a quick interview with Owen and premiere his first feature film, “The Way Back Where,” for you today.

What stands out to you the most about your experience attending Film2Future?

The diversity that they offer in terms of career outreach in the entertainment industry. Guest speakers, job opportunities, students and staff, this is a highly diverse program, and I was very surprised by all of it. Glad to have been a part of such a great program.

How, if at all, did attending Film2Future help prepare you to complete this personal project?

I learned in-depth techniques and the process of the three stages of production, which I had knowledge of before, but this was a more hands-on experience that helped me prepare for my project. The networking and connections I made through F2F also helped land support on my editorial team as I got professional editors Lauren Connelly and Alyssa Carol, who volunteered to help as post-production supervisors.

What’s something you want the world to know about you and your art?

That it’s real and raw, everything I create is to open up the real world we live in and experience daily. But adding elements of realism in a compelling story, photo, or script. My style comes from my devotion and passion for film/photography work. My stories are told and mixed in from personal experiences and people who I’ve met or encountered in my lifetime. To me, what’s out there now is more interesting to show, and keeping the audience up to date and relevant is important.

Why were you motivated to start Galicia Productions?

My passion and love of cinema and the need to open it up to others who shared this passion. I started it my freshman year of high school at North Hollywood High. I knew I wanted to pursue film at the time but didn’t know where to begin since my school didn’t have any film clubs or programs you could join. So I decided to open up my own. I started promoting and gathering up members and supporters and soon had enough for a working crew to start making films. Over the last four years of my high school career, I’ve maintained and managed Galicia Productions Film Club. The club is still running today as the first independent film club to help students at school interested in film. I took the idea and eventually turned it into my independent production company, which I use for my work.

Do you have any advice for young filmmakers like yourself?

First, don’t be afraid to get something out there; whatever it is you want the world to hear or see—make it happen. Your stories and vision are your own and what makes them unique is your passion for storytelling. Secondly, study and watch movies, TV, and even read scripts. That’s your homework, and whenever you can, watching those things can help get you inspired or come up with unique ideas that can generate more content for your work. Lastly, “Produce, Promote, Persevere” remember the 3 Ps, Produce your work, Promote yourself, and Persevere with high expectations and dreams.

What’s your favorite movie quote/line in a film?
“Of All The Gin Joints In All The Towns In All The World, She Walks Into Mine.” -Rick (Casablanca 1942)

Owen was the Producer/Art Department of the student film “One Son” created during our 2020 program. Filmed at Framework Studio on July 25, the short is about a 21-year-old man named Richard Garcia who is starting his new job as a graphic designer at a new clothing store in Los Angeles. As he introduces himself, he remembers all the ups and downs in his life that got him to this point. The below video is a trailer for the short film created by Mark Woollen & Associates as part of our Learn2Future: The Art of Trailer Making series. 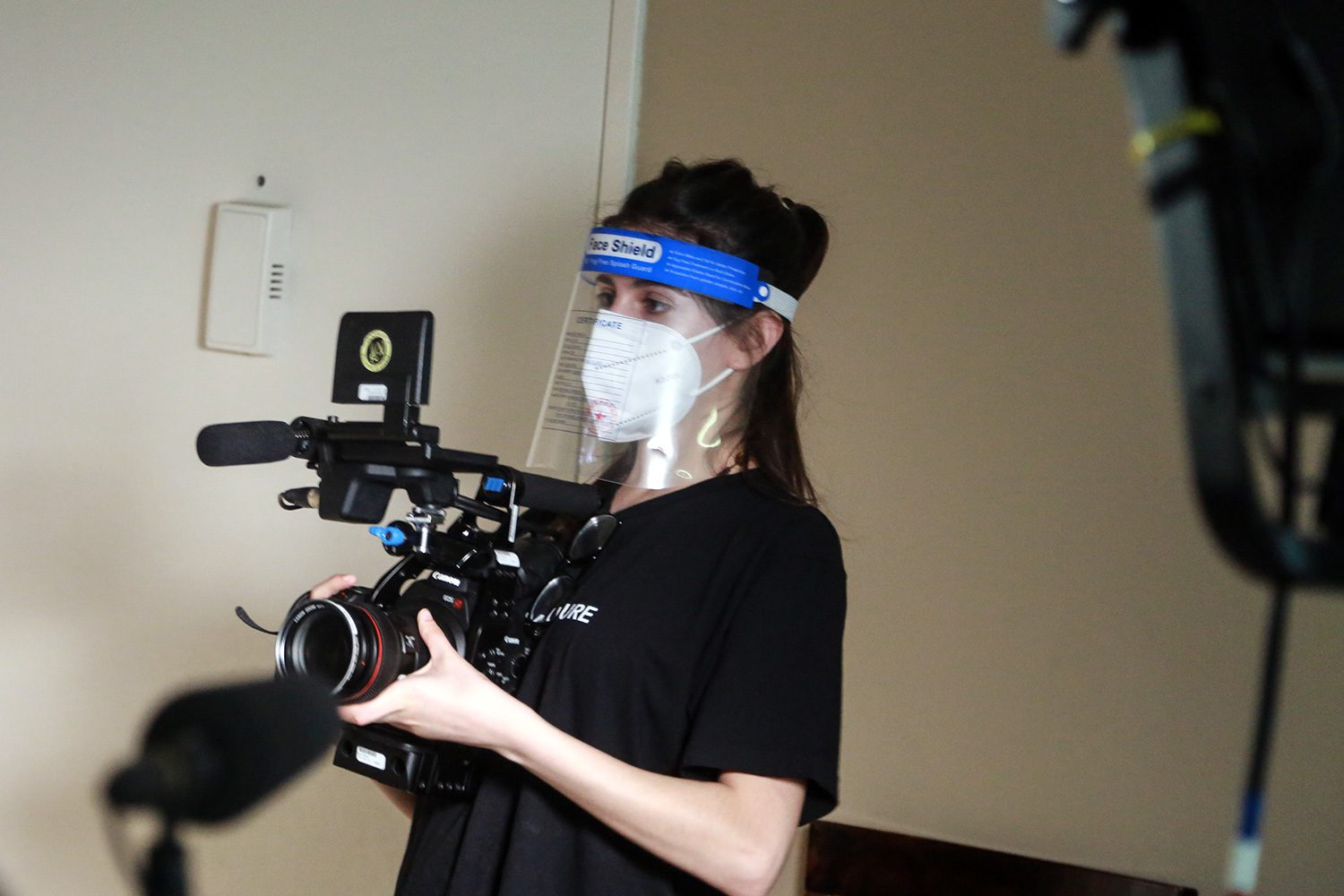 Film2Future Alumni, Joel Al Hassanieh on Her Love for TV and Following Her Passion

“I thought that the actors were real people just living their lives inside our TV. And when the TV was off, I would peek my head through and try to spot them.” —Joel Al Hassanie 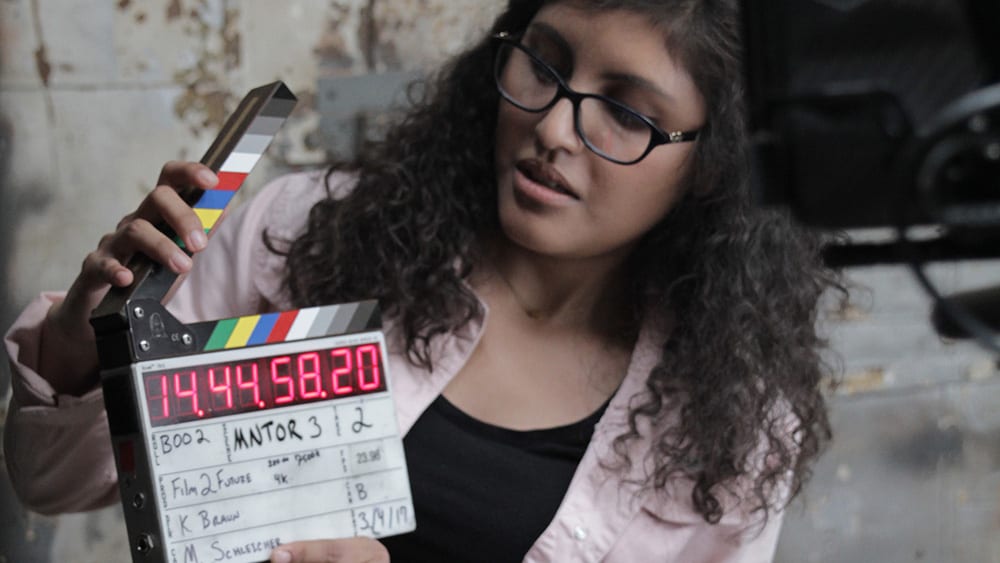 We are thrilled to share Nayeli’s short film “In Sickness and in Health” and a conversation we had as she prepares to enter the workforce.

Joel Al Hassanieh is a Lebanese actress, writer, and director. Since she was a little girl, movies and TV shows have been a whole other